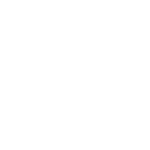 A very long time ago…

Everybody thought the band was dead, but it was just sleeping.

Although, I’m the only one left in ARKHAM, I’m motivated more than ever.

So, to celebrate the return of ARKHAM and also because many of you asked me, I decided to release on CD our first recordings : Obscurs et Eternels, Split with Nuit Noire, Rehearsal 97 are out soon, in November 2018 on digipack CD, and Malediction will be available early 2019.

You know these words “That is not dead which can eternal lie, And with strange aeons even death may die”.